Jim Orie, owner of Dragon Tattoo and son of Orie Lightning. With such a well-known and renowned tattooist as a father, Jim wanted to be become a tattoo artist. His career starts behind the counter of Dragon Tattoo where his interest in the profession grows day by day. Later on he visits conventions and fairs where he gets to know new artists and styles.

At 'Dragon Tattoo' he is surrounded by the best and international artists. With the right inspiration, he gets to work with his first drawings in ethnic tribal style. Under the watchful eye of father, obviously.

With more than 10 years of experience, Jim has become a respected tattoo artist. His specialty is symbolic blackwork. He finds his inspiration among others in the ethnic tribal styles. Do you want a tattoo in Marquesan, Polynesian, Samoan, Maori, or a similar style? Jim is your guy.

In addition, his work always goes hand in hand with the necessary respect for the traditions of these ancient cultures. After several years of having is own business, Jim has recently become the proud owner of Dragon Tattoo. With his own personal touch he will take care of the original intention of his father and his shop Dragon Tattoo.

Jim Orie's Freehand is something special: Jim will draw and tattoo all on the same day. With your story fresh in his memory, he will get to work. At first a sketch is made on your body to determine the position and the shape. The result is a unique tattoo. 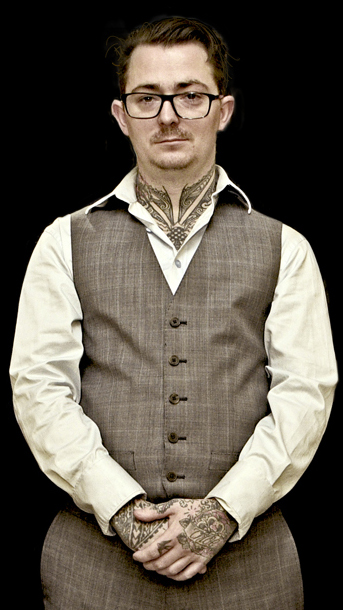